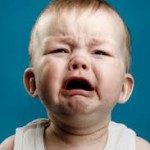 HB2 cost Duke an NCAA tournament win.  THAT is the nonsense being peddled by the lefty sports media.  It’s not enough they have to fill political news, movies and TV with lefty crap.  They have to shove it down our throats during our sporting events, too.

The argument IS that Duke was forced to play South Carolina IN South Carolina because the NCAA threw a snit-fit  over trannies in the toilet.  (STILL waiting to see those girls basketball teams integrated with boys in drag.)  The argument c 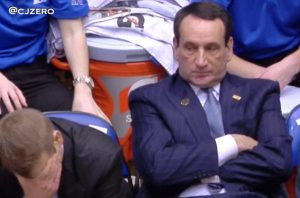 ontinues on to suggest that Duke WOULD have won if the game had been played in North Carolina — instead of across the border in Greenville, South Carolina in front of a bunch of South Carolina fans (and likely some UNC fans pulling hard for South Carolina).

First of all, Duke’s fan base is mostly in the metro DC and NYC areas.  The real reason they don’t abandon Cameron Indoor Stadium for a PNC Arena or Dean Dome type facility is that they couldn’t fill it.   Their alumni high-tail it out of the state as fast as they can.  Want a huge “home crowd” for Duke?  Go play the game in DC or NYC.

So, it would appear that playing in-state in the NCAA tournament is actually not all that helpful to Coach K’s boys.