I swear.  Those people in NYC have a nasty habit of biting the hands that try to feed them.   They ravaged George W. Bush as he sought vengeance for the 9-11 travesty.  Now,   we have leftist wackos in Schumer-land raging against Franklin Graham for trying to HELP them cope with coronavirus:

Another controversy has flared up involving North Carolina evangelist Franklin Graham and the LGBTQ community. This time, it centers on Graham’s Samaritan Purse’s coronavirus relief efforts in New York City.

That work was praised by President Donald Trump this week. But LGBTQ advocates blasted Graham and his Boone-based non-profit for requiring volunteers to agree that “marriage is exclusively the union of one genetic male and one genetic female.”

That wording appears in a Statement of Faith which Samaritan’s Purse wants volunteers to review before going online to agree “to support the ministry guidelines.”

“It’s a shame that the federal government has left New York with no other choice but to accept charity from bigots,” N.Y. State Sen. Brad Hoylman tweeted.

When asked about the Statement of Faith, Samaritan’s Purse said in a statement: “We are a Christian organization and we hire Christians who share our statement of faith. We have a common denominator of our faith in Jesus Christ and sharing that hope.”

On Saturday, six tractor trailers left the Samaritan’s Purse office for New York, the U.S. virus epicenter. No Samaritan’s Purse volunteers are in New York City, a spokeswoman told the Observer Wednesday. The organization has teamed with New York-based Mount Sinai Hospital for the effort, according to media reports.

So,  Graham’s organization has reached into its own pockets to pay for extra help for New York City — and he and they get attacked as bigots as a result.  *Nice.* 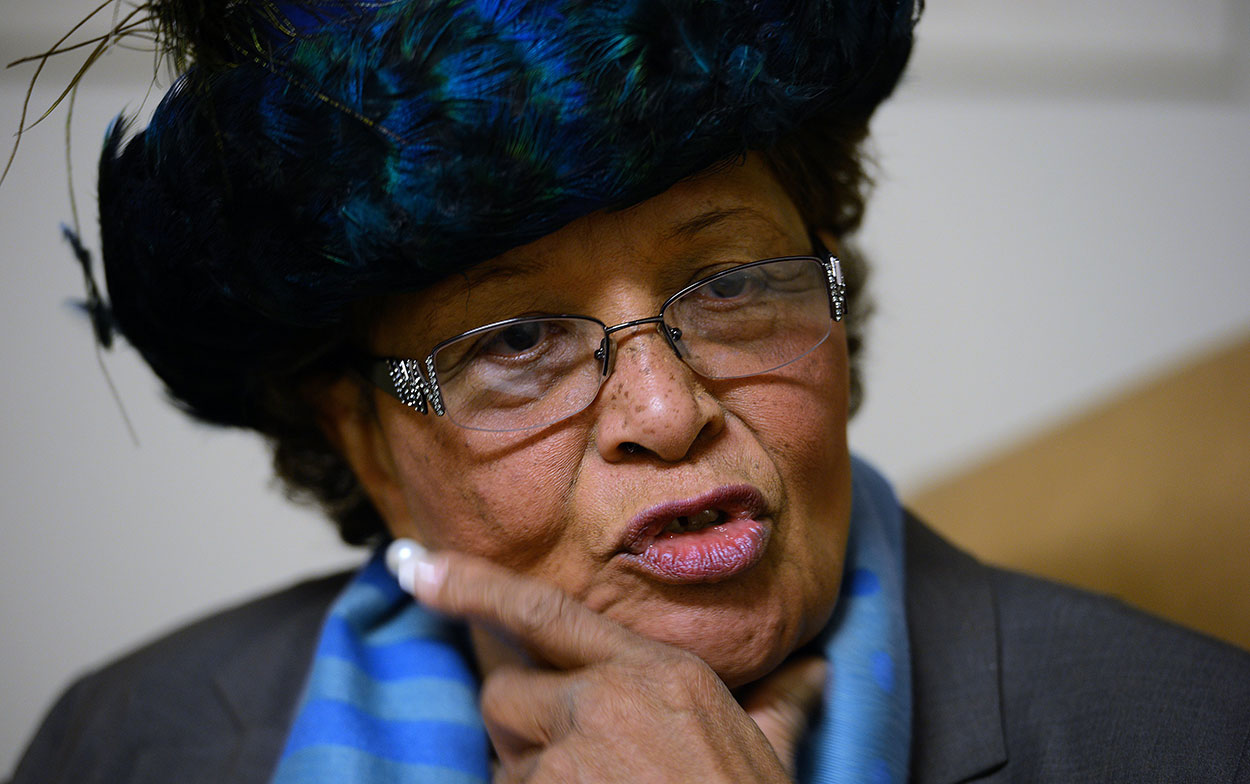 Things are getting even nastier a little further south.  US Rep. Alma Adams,  who we all know has big problems with basic arithmetic,  says the coronavirus is worse because President Trump was not removed from office. (How is that helpful to anyone but her and her dear leader Nancy?)