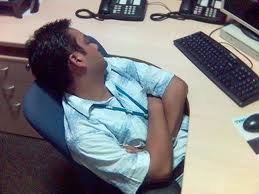 I swear.  Listening to mainstream media types whine about the poor participation in last week’s runoffs is a lot like asking asking a bartender for a beer, and having him snap back at you to “Go get it yourself !”

Our thrice weekly local paper — whose first ever edition was, I understand, brought down from the mountain by Moses — and The N&O are whining in stereo about how runoffs need to be abolished because “nobody” shows up.

One letter writer in today’s edition of our local paper summed it up nicely: the newsroom is lazy.  A lot of people I talked to locally DID NOT realize the election was on the 17th.  (I had to find out that early voting started on June 28 by reading about it on Facebook.)

I’ll never forget that candidate forum in 2006 for the state House race eventually LOST by the notorious Richard Morgan.  It took place about two blocks from The Pilot’s offices.  The newsroom sent NO ONE to cover this event related to one of the most-watched campaigns in the state that year.

The county board of elections is also at fault.  They could have done a better job of promoting the election.

His Omnipotence, Rob Christensen, thinks state offices need to be appointed, instead of elected, because the average voter is just not informed enough to make a wise choice.  Tell us, Rob:  Whose job is it to inform the voters about the election, the issues, and the candidates?

What kind of state auditor would be have — if the job was appointed by Bev Perdue and confirmed by legislative leaders like Marc Basnight and Jim Black?  I’m sure you’d see some * real* thorough audits of state government.

Is it really right to have someone nominated for attorney general who got 25% of the vote in a crowded primary?

One thought on “Lazy media STILL beating that dead horse re: runoffs”