Poor little speaker Timmy.  He tries soooooo hard to make friends on the left, but they’re still wary of him. 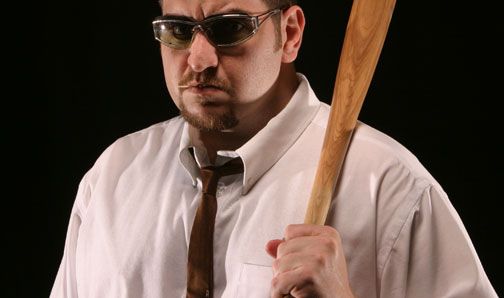 A new left-of-center politics site, The Assembly, is calling out the tubby little fellow from Kings Mountain:

Holly Grange, a former state representative, one-time gubernatorial candidate, and UNC Wilmington Board of Trustees member, was one year into her service on the university board when she received a startling text. A bill had just been filed in the state House stripping her of the role.

“I hope that it is an error,” wrote Mark Lanier, a member of UNCW’s senior staff in a follow-up email to Grange. “Your term should continue through June 30, 2025.”

But it was not an error. The bill, which dealt with a wide range of appointments across the state, directed a new trustee to fill “the unexpired term of Holly S. Grange.”

In texts and emails WHQR obtained via a public records request, Grange confirmed to Lanier that she had not resigned, writing that the move was “terribly unfair and unprofessional by the speaker.”

“Can he just replace me like that?” asked Grange.[…]

Well, it sounds like he DID it.  Holly Grange is an elitist, smug, country-club RINO.  So, I have little sympathy for her.  She got smacked around by the same folks she so willingly threw in with when she first arrived in Raleigh.

These RINO-on-RINO tiffs always leave me so perplexed.  It’s fun to watch, but I never have any idea who to pull for.

[…] Legislators removing a campus-level trustee before the end of their term is likely without precedent, said Gerry Cohen, a professor at Duke’s Sanford School of Public Policy with nearly four decades of experience as a legislative staffer. Legislative influence over campus boards has grown since 2016, when the Republican-led legislature stripped the incoming Democratic governor of his appointment power to those bodies.

Still, Grange, a moderate Republican and military veteran, had good reason to believe her conservative bona fides were in order. Just months earlier, the UNC System had named her to the search committee to find a replacement for UNCW Chancellor Jose Sartarelli, who announced his retirement last year.

But according to Grange, Speaker of the House Tim Moore was upset that she had supported Aswani Volety during the search process. Volety, a former UNC Wilmington dean and then provost at Elon University, was ultimately selected by UNC System President Peter Hans to lead UNCW.

Moore, wrote Grange, wanted someone else.

“I was removed simply because the Speaker of the House could not secure the chancellor’s position for his chosen person,” Grange wrote to Lanier. […]

However, 10 people with knowledge of the search have confirmed Moore’s desired candidate was Clayton Somers, Moore’s former chief of staff and close friend. Somers had served in senior positions at UNC-Chapel Hill since early 2017.[…]

Our site has written about Clayton Somers previously.  He’s a long-standing Democrat who has always had Timmy’s back when the defecant struck the oscillating cooling device.

[…] There was “an incredible amount of intimidation,” said one search committee member, “from the speaker and his emissaries, including members of the current Board of Governors, to pressure the committee to name Clayton Somers as the chancellor.”

According to the committee member, who asked for anonymity due to the non-disclosure agreement, Moore and his political allies threatened that should Somers not be a finalist, both UNCW’s budget and the search process were on the line. A spokesperson for Moore received questions for this story, but the Speaker’s office did not respond to follow-up calls.

Ultimately, Somers was not named.

Though UNC Wilmington has yet to see major political backlash beyond the removal of Grange, this unusually blunt application of political influence on a university’s leadership selection is a startling look at the pressures the UNC System faces from powerful state officials.

Clayton Somers’s 2017 arrival at UNC-Chapel Hill as vice chancellor for public affairs started well. Multiple sources, including those with sharp critiques of his overall conduct, agreed that his presence led to an immediate improvement at the General Assembly. Budgets went up and tensions went down.

Former Chancellor Carol Folt had tapped Somers to fill a need for a Republican who had strong ties to the legislature. Somers ran his shop with a high level of deference from others at UNC-CH in regards to legislative affairs.

Folt’s departure in early 2019—which followed an unusually defiant last act in removing the remaining parts of the Confederate statue known as Silent Sam—sparked a shift in Somers’ role at UNC-CH. Kevin Guskiewicz, the dean of the university’s largest college, was appointed interim chancellor in February 2019. His appointment was made permanent nine months later.

“Kevin wouldn’t just accept what Clayton said unquestioningly,” one senior university official said. “Clayton didn’t like being questioned … That got their relationship off to a rocky start and it never recovered.”

Somers became deeply involved in negotiations around what to do with the statue after it came down. His ultimate plan involved a multimillion-dollar settlement with the highly controversial Sons of Confederate Veterans. It created a public relations nightmare from late 2019 into early 2020 and was ultimately thrown out in court.

Somers told colleagues he felt he was thrown under the bus, saying that top leaders had supported his plan until the public backlash. But many of his colleagues felt he had walked directly into oncoming traffic, and taken the university with him.

“He went from trying to help the chancellor to trying to hurt the chancellor,” recounted a senior university official. “He would undermine the chancellor’s goals at the General Assembly … I would attribute a lot of the discontent over Kevin’s leadership to Clayton talking to Board of Governors’ members.”

Somers declined to comment for this story, saying, “I’m sorry, I don’t talk to reporters.”

His relationships with other employees soured as well.

Two senior-level administrators who worked regularly with Somers around Board of Trustee meetings reported “condescending and insulting” behavior by Somers.

After “a particularly demeaning interaction,” both women reported Somers to their bosses and said they would no longer work with him.

One of them, Catherine Pierce, a former chief of staff in the development office, confirmed that their bosses—members of the Chancellor’s cabinet—supported them and encouraged both to report Somers to human resources.

UNC-CH’s Equal Opportunity and Compliance Office contacted both women about the incident, but neither of them pursued a formal case, citing concerns over retaliation.

Cabinet officials began protesting Somers’s inclusion in certain high-level meetings, saying that they could not trust him to keep discussions confidential, nor were they certain, in the words of one former member of UNC-CH’s senior staff, “whether he was working to further or hinder university priorities.”’

Two sources with direct knowledge of internal conversations within the chancellor’s cabinet said that multiple members, including Provost Bob Blouin and Vice Chancellor of Development David Routh, made clear they were concerned about Somers’s attendance at certain strategy meetings. Blouin and Routh both declined to comment.

Somers has maintained powerful allies. In addition to Speaker Moore, Somers is close to several members of the Board of Governors, as well as top members of UNC-CH’s Board of Trustees including Chair David Boliek and Vice Chair John Preyer. Boliek and Preyer initially agreed to talk for this story, but did not respond to follow up calls and texts.

Multiple sources close to Chancellor Guskiewicz said that support from those legislative and board allies kept Somers in his role significantly longer than his boss would have liked.

Personnel decisions and discussions are typically conducted in closed session, making it difficult to discern when the exact tipping point occurred. But by January 2022, Somers had a new role.

The vice chancellor, who had previously held senior roles at a sports PR and marketing group and at the North Carolina High School Sports Association, became an administrative director in university athletics. His salary is $350,000 a year, $70,000 more than when he first began as vice chancellor five years earlier.

But by that point, Somers had his sights set on a new job: the chancellorship at UNC Wilmington.[…]

While the UNCW chancellor search process was confidential, several members felt comfortable describing it generally: It began with an initial screening of about 90 candidates, which were narrowed down to 11 for in-person interviews at the Embassy Suites in downtown Wilmington in mid-February of this year.

A three-candidate shortlist was sent to UNC System President Peter Hans in early March, who then nominated the new chancellor for Board of Governors approval.

Three search-committee members confirmed that Somers advanced to the second round, although, according to one member, the committee felt Moore’s pick “didn’t have the experience, didn’t have the resume, just didn’t meet the qualifications, basically.” Another person familiar with the search committee process suggested that giving Somers a second-round interview had been politically expedient, saying it was “better to do it than not do it.”

Multiple search-committee members said that during the second-round interview, Somers impressed them with his ability to secure funding for a university and his strong relationship with legislators. But on issues like campus climate, faculty satisfaction, and student outcomes, they felt Somers expressed little vision or interest.

Somers didn’t make the shortlist. That was at least in part due to Hans’s resistance to attempts to exert undue political pressure on the process, three sources who spoke with him at the time said.

Hans did not discuss that dynamic publicly. “While there were many qualified candidates in the UNC Wilmington chancellor search, Dr. Aswani Volety’s experience and longtime ties to UNCW made him uniquely suited to the position,” he said in a statement. “Chancellor Volety is a respected scientist and a talented, collaborative leader who is already making strides at the university. UNCW has been energized by his return to campus this summer.”

Hans’s behind-the-scenes activity at UNC Wilmington offers a new perspective on changes he made early in his tenure, when he asked the Board of Governors to give the System President the ability to unilaterally name up to two finalists—a pool from which he would then select the nominee. Many higher ed observers criticized. the move as a dismissal of the input and role of the local search committee, which traditionally has sole responsibility for advancing a list of finalists.

But in interviews with The Assembly last year, Hans spoke about the policy change as an internal defense—a way to ensure that he could get highly qualified candidates through the process even if outside pressure on a search committee yielded a politicized choice.

Hans did not use this new power this summer; the ultimate choice, Aswani Volety, was named a finalist by the search committee in the traditional way. But the political pressure surrounding the search, and the quiet efforts to rebuff it, highlights the extent to which top university leaders are worried about political intervention.

Officials also worry about budgetary backlash when well-connected officials are rebuffed. Senior officials at UNC-Chapel Hill point to their experience this summer after moving Somers out of his vice chancellor role.

Going into the 2022 legislative session, the university’s top priority was securing funding for its new data science school. Repeatedly, officials were assured that the $20 million that UNC-CH had requested was secured in the compromise budget. Hours before the vote, word was passed down through backchannels. Data science would get just $1 million.

Two senior university officials with direct knowledge of discussions said that Somers, with his leverage in the state house, was seen as responsible; it came just weeks after news of his removal from the vice-chancellor role was publicly reported.

Ultimately, officials at both schools distilled the fight to one about allegiances. Who were appointees, whether they were vice chancellors or university trustees, meant to serve?

For Grange, as she wrote to Lanier in a parting note, the answer was simple: “I swore an oath to the State of North Carolina and not Tim Moore.”