It’s being reported that a deal on the new state budget is CLOSE.    One thing that has been on the minds of voters is a gas tax cap /cut.  We’ve been promised  and promised a cap or cut in what is the highest gas tax burden in the southeastern United States.   (Our tax burden is nearly TWICE what is it is for our neighbors in VA, TN and SC.)

Anyway — the latest story is that we’re going to get about a two-cent cut and cap in the gas tax in this budget.   Even if that makes it into the final budget, we are STILL going to be getting gouged at the pump much worse than our neighboring states.

To illustrate the disparity in gas prices in our state vs. our neighbors, a friend of mine (and regular reader of this site) sent me a photo from her June 9 trip to the Myrtle Beach area of South Carolina: 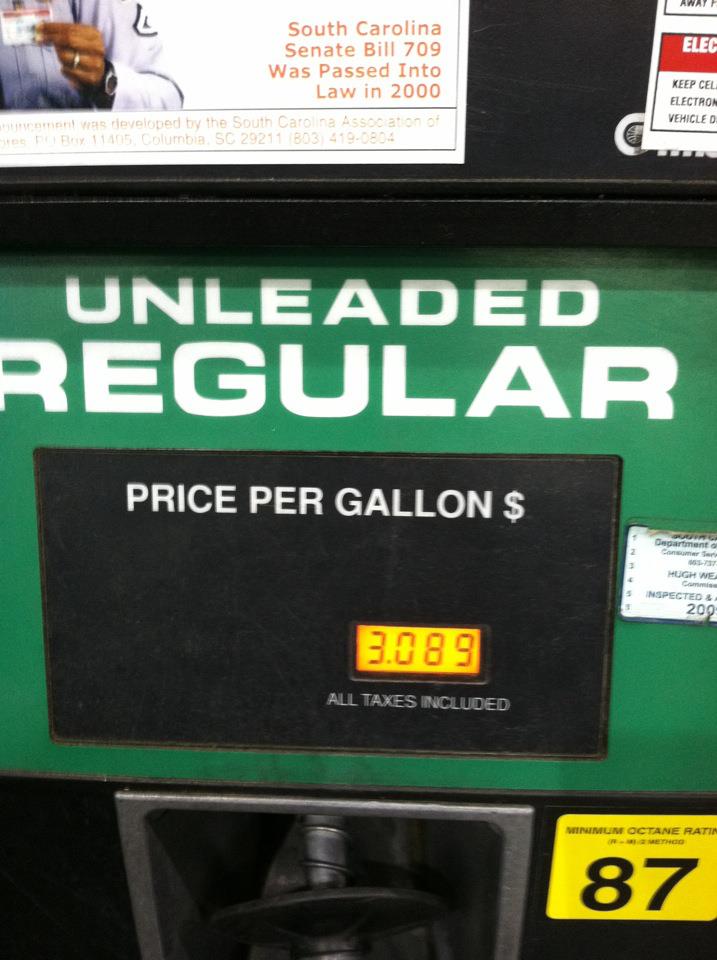 This month — gas in my area of North Carolina has hovered in the range of $3.59 to $3.73.   South Carolina government appears to be functioning JUST fine while providing some much needed tax relief to their drivers.  Why can’t we do the same?

(An NCGA insider — and faithful reader of this site — tells me that it likely pained the leadership to lose that two cents in the gas tax.  Spending has been so rampant — even under GOP control on Jones Street — that they will likely need EVERY cent of revenue they can lay their hands on, in order to pay the bills.)