Yes, folks.  Thanks to The N&O and a staffer for North Carolina’s First Lady, the latest social justice beat-down is targeting a Raleigh dental clinic:

A Raleigh dental office has apologized after facing backlash on social media for a local magazine ad with racial undertones.

The headline reads, “Everyone smiles in the same language!” Underneath the photo of the three doctors, the text reads “Free whitening system.”

And below that, the ad says “No matter your accent or origin, everyone can appreciate a beautiful smile…” 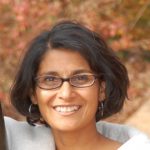 Ilina Ewen, the chief of staff for North Carolina’s First Lady, Kristin Cooper, posted a picture of the ad on Facebook Wednesday, which garnered strong disapproval from other Facebook users, who objected to the word choice and unintentional irony, with comments like:

“No excuse to be clueless anymore. This is shameful.”

“This is like if SNL did a parody on clueless white people.”

“Do not dress up in Native American or Japanese garb if you are white, like it’s some kind of whimsical joke. How hard is this? (It’s not.)”[…]

Nice.  Roy Cooper spent much of his last campaign sabotaging economic development in North Carolina on behalf of HB2 repeal.  Now, his wife’s chief-of-staff is going after a local WOMAN-OWNED business.  (Why does the NC First Lady even HAVE a staff?)

This became news when the Cooper crony put it on Facebook.

Here’s the ad that has stirred this social justice furor: 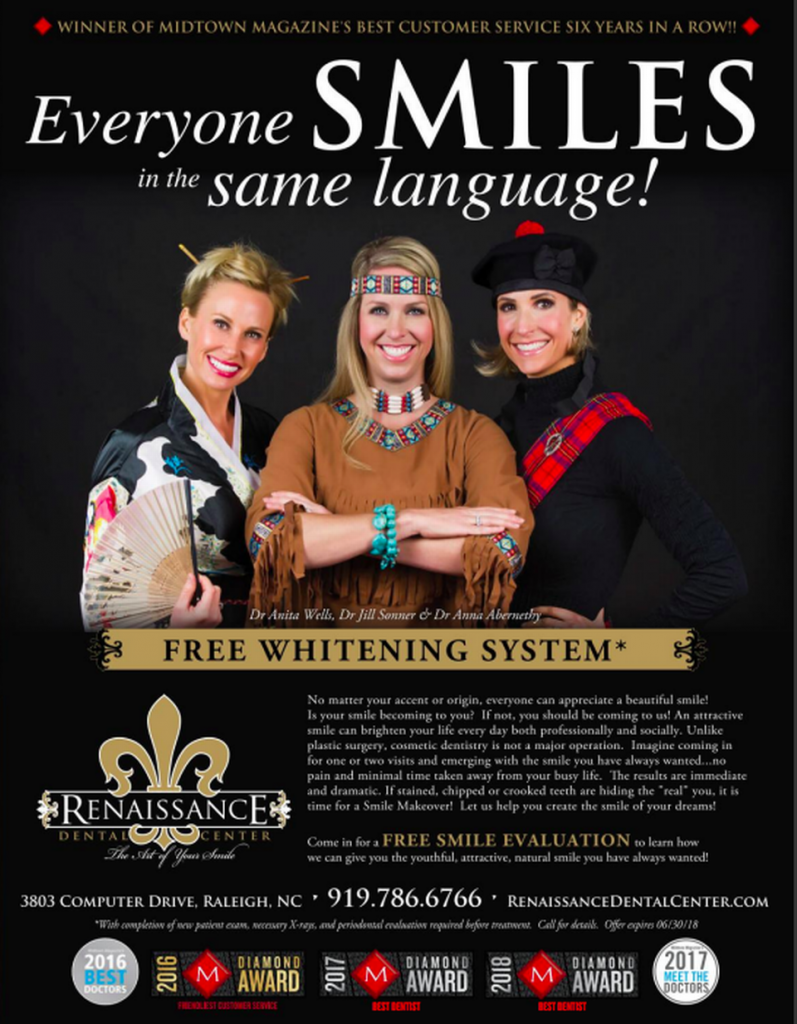 A male dental colleague has offered up a defense of the ladies in the article’s comment section: 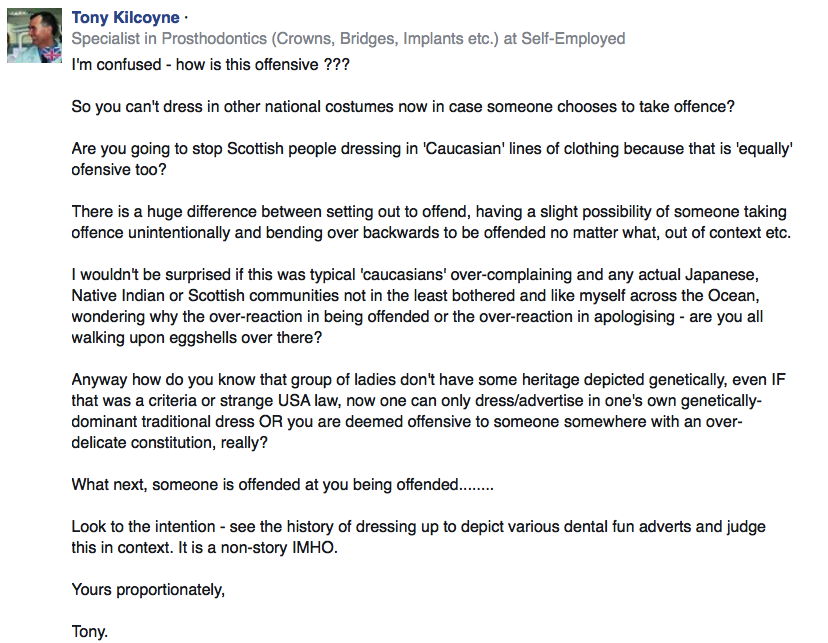 Of course, the ladies and Midtown Magazine have backed down and “apologized”:

[…] In a statement emailed to The News & Observer, Connie Gentry, publisher of Midtown Magazine, apologized for the advertisement.

“The most important thing I have to say is how very sorry I am that an offensive ad was published,” Gentry said. “In hindsight, it’s obvious that this ad was in poor taste and 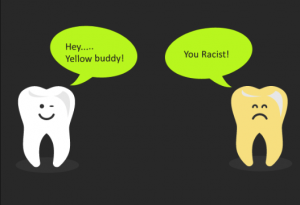 should not have been allowed. I’m truly sorry this mistake was made; it simply never occurred to the team at Renaissance Dental or our team at Midtown that the ad would be perceived as anything other than how it was intended.”

“We have partnered with Renaissance Dental Center for several years and will continue our partnership, including working together to make amends for this ad. We know there was no ill-intent behind the ad, and we sincerely apologize to our readers and the community. “[…]

The “offensive ad” has been pulled from the magazine’s online addition and replaced with this: 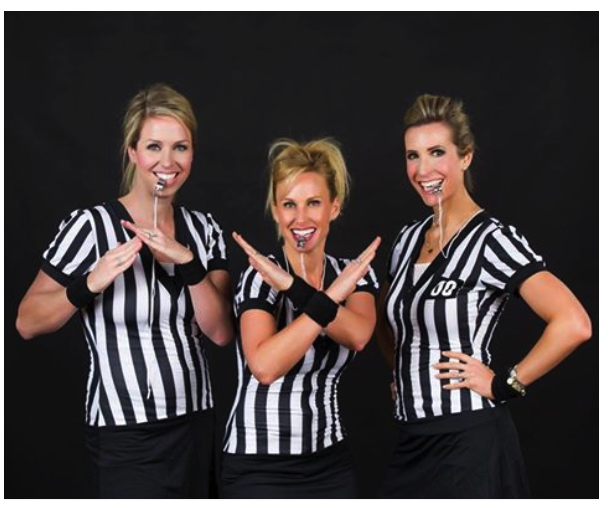 *Gee. I suddenly have the urge to start commuting to Raleigh for my dental check-ups. *

Folks, we’ve GOT to lighten up.