That appears to be the thesis for a pastor (and fellow Lumberton native) writing for a site called “Progressive Southern Theologians.”

I don’t know the writer, Rev. McLeod, but I do know many members of his immediate and extended family. McLeod’s piece is a real eye-opener, illustrating just how tightly the socialist demons have sunk their talons into organized religion:

My hometown is underwater. This is the second time that this has happened

in the past two years. The interstate that runs through the heart of it is under 3 feet of water from the Lumber River, which crested its boundaries sometime on Saturday and has continued to do so since that time. Because of the way the river snakes its way from one end of town to the other, both after Hurricane Matthew and, now, Hurricane Florence, it was and will be the poorer side of town that gets washed out.[…]

[…] At the exit 22 miles from the South Carolina border a number of restaurant chains, big box stores, and car dealerships have arisen to inject a slumping economy with much needed jobs. This is, of course, a double-edged sword. It is always good for people to have jobs instead of not having jobs. That being said, ask anyone who works for $2.13 plus tips at the Ruby Tuesdays if you can live a productive and fulfilling life off of that and I don’t imagine that you are going to like the answer. So it is that my hometown largely subsists on the economic structure created by the service industry and the local Walmart. […] 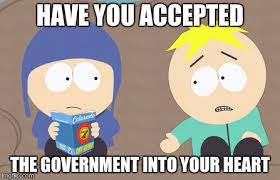 Actually, a member of the waitstaff who is worth half their weight in salt can clear hundreds of dollars in tips per day / shift. That can add up to a nice chunk of change that doesn’t always find its way to our friends at the IRS.

What McLeod doesn’t share with you is that Lumberton, and Robeson County, are shining examples of how the social welfare state has strangled the life out of lower-income communities. The state, county and municipal governments combined are the largest employers.  The local hospital, powered with a significant infusion of Medicaid dollars, is right up there too.

For the longest time, the career path for county residents was to: (a) follow your forebears to work at a local plant, or (b) go to work on the family farm.  Education was downplayed. Why go all the way to 12th grade if your future is on the assembly line or in the tobacco field?

Then, NAFTA came and took all the plants overseas.  Washington’s tightening ag 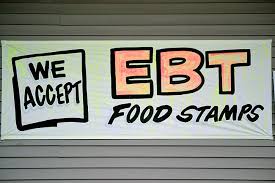 regulations, and the tobacco buyouts made farming a tough option to take on.  The times were changing, and the elected leadership as well as unelected community leadership in this very-loyal Democrat locale had no game plan for reacting to those changes.

People continued to be shuffled along the public school assembly line — regardless of their competence with reading and math.  Taxes in the county remain some of the highest in the state. Drive through Lumberton on any given workday and you will see an astounding number of able-bodied, working-age people just leisurely hanging out.

I went back a few years ago to teach entrepreneurship classes at the local community college in Lumberton.  I’m part of a growing number of native Lumbertonians who see entrepreneurship as the best way to spur any kind of economic growth in our hometown. If people aren’t bringing jobs here, create your own. 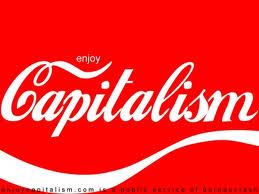 It was shocking to learn how little knowledge my students had about capitalism.  On the first day of my first class, I asked for a definition of “capitalism”.  One young man raised his hand and said: “The rich getting richer.  The poor getting poorer.”

I gave the students a semester-long assignment to create a business plan for something they might like to do after graduation.  You would be astounded to know how many tried to submit plans to me for  non-profits and public-private partnership consultancies with local governments.  I really had my work cut out for me.  The state — which has been so clearly failing these people — was indelibly etched into their brains.

(On the bright side, I know of at least FOUR of my former students have taken what they learned from me to start successful local businesses.)

Community colleges — which used to teach trades — are now offering up chemistry courses, French classes, and political science seminars for high school kids seeking a leg-up on college.  How about offering up stuff more relevant and helpful to train the set that just isn’t college material? They need to feed, clothe and house their families too.

But back to Rev. McLeod.  Brace yourself for some white guilt and socialist raving:

[…] I, for my part, was sheltered for much of this. Lumberton, in addition to being a lumber, factory, and tobacco town, was the home of the regional bank, Southern National (it would merge with BB&T in 1995, the year I graduated high school) and my father spent much of the 1980s and 90s moving through the ranks of the company and achieving great success along the way. 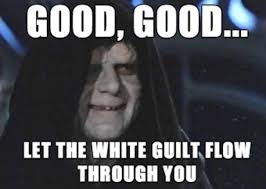 My social circle was largely made up of the kids of more middle class and affluent households. I played tennis at the local racquet club everyday. I always had nice shoes, a nice bike, the newest video game console (though that was more for my younger brother than me), and, looking back, we never really wanted for anything. If my parents were ever struggling to pay a bill or keep us clothed they did a great job of keeping us blissfully unaware of that knowledge. Similarly, my church, like most Presbyterian churches in the south had a host of the more prominent members of Lumberton society. We had doctors, lawyers, the aforementioned bankers, even a congressman! It was not until I moved away for a few years and my parents moved back that I had any sort of appreciation for the struggles felt by most of the folks in my community.

[…] But spirit alone can neither rebuild a town that has been decimated now twice in two years nor can it continue to put healthy meals on tables of folks who dream of making more than $7.25, having health insurance for all the members of their families, and dependable housing and transportation. And this is the conversation that needs to begin to be had today in preparation for a time when real questions about the social safety net are going to be less a political hacky sack and more a real and urgent need, even more so than today. […] 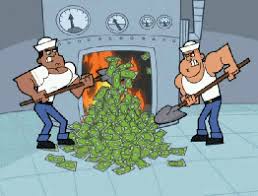 The platitudes that have emerged from our body politic over the past two years about the return of manufacturing to this country serve only as an opiate for the masses that will, sooner or later, leave folks dopesick and fiending for another hit of something that will dull the pain if only for a little while. Is it any wonder that in the same time period that factories, plants, mills, and mines have closed that there is also an opioid epidemic that threatens to kill or disable millions of folks? The striated economic levels of our country have largely been collapsed into two categories—the haves and the have-nots and this line of demarcation is only growing stronger with each year. […]

Towns in the rural south have been dealing with crumbling edifices of buildings, infrastructure, and economies for the better part of 50 years. They have also had to deal with the brain drain that comes when the youth of today go off to the big cities to follow

their dreams and leave only those who can’t get out to hold the pieces together. It is truly a testament to their spirits that towns remain at all. These villages, hamlets, and cities don’t need the small change of non-profits who themselves don’t have enough money to do what the work that is required of them nor the missional work of religious institutions, though, both of them are critical.

They need massive infusions of money and resources to put back together that which has fallen apart. That neither fits on a bumper sticker nor aligns itself with the individualistic spirit that has permeated the Dream that is America since the first settlers arrived, but it is the reality of the situation on the ground.

I don’t possess all the answers nor do I pretend to. In the post-Cold War time in which we live, we, as a nation, have been conditioned to reject any of the tenets that make up the democratic-socialist principles that have created the robust social safety nets in Western Europe. Christianity, writ large, has also abandoned the communal practices of the early church in which these small religious communities pooled their resources in order to make sure that everyone was fed and could worship and break bread together.[…]

Don’t know WHAT he’s talking about here.  I see church-going Christian folks on a weekly basis pooling resources to help those in need.  The Cajun Navy and the Baptist Men’s Fellowship — neither of which are government agencies — have been two of the most effective relief operations during the recovery from Florence.

And “massive infusions of cash” ???  Has he checked the growth in spending at state and federal welfare agencies since Johnson’s Great Society got started in the 60s?  Haiti and so many other Third World hell-holes are swimming in government cash, but things are no better.

My hometown is underwater. In more ways than one. What are we going to do about it?