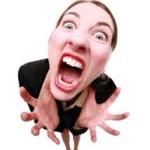 The leftist drumbeat about not winning a lot more at-large statewide vote than the GOP, but not as many seats in Congress or The General Assembly continues.  Let’s explore the lack of logic and plain ol’ sense in their arguments with a few maps (h/t Politico website)  from Tuesday (red=Republican victory, blue= Democrat victory): 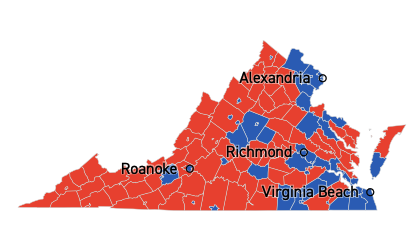 This is the electoral map from  Virginia’s US Senate race.  Looks like a GOP romp, right?

WRONG.  Democrat  Tim Kaine got reelected by a margin of more than 500,000 votes — 57% to 41%.(*Gosh,that can’t be fair.  Can it?  A guy who won about a quarter of the state’s land area is going to represent THE WHOLE STATE of Virginia in DC for another six years.*) 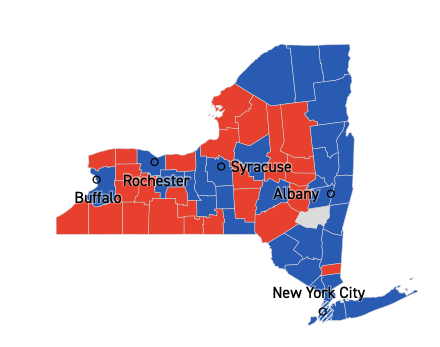 Wow.  Looks like a competitive, close race.  Right?  WRONG.   Democrat Kirsten Gillibrand got reelected by a margin of TWO MILLION votes — 66% to 34%.

Let’s move on to The Empire State’s governor’s race: 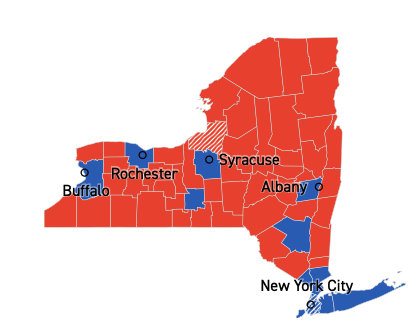 Keep stuff like this in mind as you listen over the next few months to the radical left and their  drive-by media enablers babble on about percentages of statewide vote vs. number of seats held in our state and national legislatures.