A member of the state’s driveby media has finally caught on to what so many people out there already know.

Now, if we could just get the rest of them onboard.  Here’s The Wilson Times from December 7:

Wherever he’s been stowed away for safekeeping, Silent Sam is surely shaking his head.

This week, the University of North Carolina Board of Governors rubber-stamped Chancellor Carol Folt’s proposal to move the toppled Confederate soldier statue to a new $5.3 million history center where Sam would serve as the main attraction. 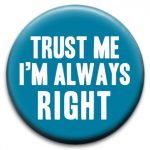 The pitch was an attempt at compromise, but one so poorly calibrated that it’s managed to infuriate both sides in the roiling debate over Confederate memorials — people who feel Sam’s continued display glorifies slavery and segregation and Southern descendants who believe their ancestors’ Civil War sacrifices merit public recognition.

For members of the latter group, moving the statue is capitulation to those who wish to sideline Sam because it reduces the monument’s visibility. For those who consider the soldier a racist totem, building Sam a multimillion-dollar home on campus only adds injury to insult.

Both supporters and opponents of the statue have valid grievances with Folt’s middling non-solution.[…]

Building a “shrine” to Silent Sam won’t mollify his admirers because it is, in essence, a concession to the vandals who brought him low. 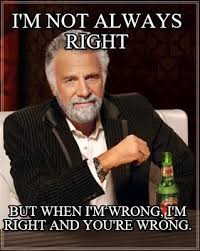 “This is surrender to the mob,” Brant Clifton writes on his conservative North Carolina politics blog The Daily Haymaker. “It’s the breakdown of civilized society when we cower in fear about what the mob might do next and shape our actions with the hope of avoiding offending said mob.”

Clifton’s largely right, and the warped logic that would lead UNC to move Sam indoors leads to a slippery slope. Rewarding vandalism is sure to create more vandals. Is the university unable or just unwilling to maintain order on its campus as it’s currently configured? […]

It’s a start.  The Wilson Times has accepted reality.  The rest of you in driveby-ville need to follow their lead. (Chop-chop!)

One thought on “Driveby paper admits: Clifton is RIGHT.”