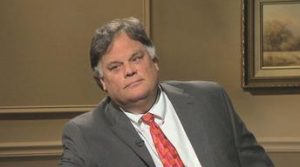 Drive a stake in his heart — by pulling some of his public funding — and he STILL comes back.

Gene Nichol — who we’ve heard from ad nauseum over the years — holds a professorship at UNC Law named after a member of The Dave Matthews Band.   I don’t understand what Dave’s guitarist has to do with lawyering, though.

If you haven’t heard, Ol’ Gene is joining forces with Bert & Ernie’s posse to further cripple our criminal justice system:

The following is from a subsection of the report entitled “Perpetual Debt”:

Most criminal defendants are poor. Nationally, about 80-90% of those charged with a criminal offense are poor enough to qualify for a court-appointed lawyer. Around 20% of jail inmates report having no income before they were incarcerated and 60% earned less than $1,000 per month (in 2002 dollars, about $16,000 a year now). Almost a third of defendants are unemployed before their arrest. Many defendan 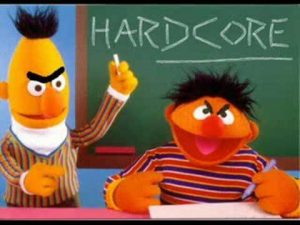 ts are disadvantaged in other, related ways. In North Carolina, 30% of prison inmates have no more than a ninth-grade education; 99% are, at most, high school graduates.20 Seventy percent of newly arrived prisoners screened for chemical dependence in North Carolina need substance abuse treatment. A state Department of Correction survey found that 36% of people entering prison had been homeless at some point, and 7% had been homeless immediately before imprisonment. The primary reasons given for homelessness were unemployment, substance abuse and a previous criminal conviction.

Court costs disrupt lives already complicated by poverty and dislocation. ‘For lots of people, fines and fees are worse than the conviction,’ one expert commented. ‘The thinking goes, “I can keep my job with the conviction, but I lose my housing with fees.”’ Fines and fees of a few hundred dollars can present a substantial hurdle—and several studies show that court debt is often worse.”

One  great way to avoid those fines and court costs?  BEHAVE YOURSELF.   (I do it.  You can too.)

[…] In trial courts across North Carolina, poor criminal defendants are regularly and systematically billed for an array of fines and fees they can’t afford. Fees are imposed at almost every step in the criminal justice process, starting before conviction and extending for months or years after sentencing.

As we detail in our report, Court Fines and Fees: Criminalizing Poverty in North Carolina, defendants unable to pay these accumulating court costs risk triggering a cascade of draconian penalties: additional fees, revoked driver’s licenses and jail time, often for offenses too minor to warrant incarceration in the first place. The result can be surreal and cruel. Defendants unable to pay their fees are sanctioned in ways that make it even harder for them to escape their criminal justice debt. For them, fines and fees constitute an ongoing poverty trap.

One Orange County defendant who had previously been jailed for failure to pay court fees explained how she lives in fear of being incarcerated again. If that happens, her husband may have to quit his job to take care of their kids. Then, she frets, they will likely lose their home. “The whole thing leaves my family feeling hopeless,” she said, “like we’ll never get back on our feet.” It feels like a cycle. “We’ll never be able to pay and will always be burdened with these costs.” It is “almost like a set-up, they know I won’t be able to pay.”

This report is the first in a series of six to be issued by the North Carolina Poverty Research Fund exploring the criminal justice practices that work to criminalize poverty in our state. Through legal analysis, defendants’ stories, court observations, and interviews with advocates, public defenders and judges, we show how criminal court fines and fees work in North Carolina to burden poor defendants, and their families and communities. We examine how fees raise troubling questions of constitutionality, cast doubt on the fairness of our courts and infringe on judicial independence. We scrutinize claims about the necessity and cost efficiency of fines and fees and look at the factors that drove their rise in the state. We conclude with simple, straightforward recommendations that can be easily adopted by the courts.[…]

I agree that our criminal justice system is a mess.  Convicts end up serving a third of their sentence, if that.  And restitution for victims?  Some dirtbag vandalizes your property and steals your stuff?  You MIGHT get reimbursed $20 per month over FIFTY years (if the dirtbag doesn’t welsh on the deal, get re-incarcerated, or get taken down by some of his pals in a driveby).

Victims get screwed over while the lawyers and their buddies on the bench play footsie over scheduling, sentencing and other important matters.

I taught college courses inside a state prison for a short time.  I learned something there that has me agreeing with Nichol — to an extent.  The abysmal failure of our public school.system and welfare state  is to blame for an awful lot of these guys and gals we have locked up.  Lack of education, substance abuse, or a combination of both played a huge factor in what got every one of them into the slammer.

There is also some crazy sentencing.  You can get more jail time for defaulting on child support or driving drunk than for assaulting someone.  I’ll never forget one of my students.  He was doing TWO YEARS for defaulting on his child support payments.  That was the only blemish on his record.  As he explained to me: “They put me in jail for not being able to pay.  I’m not making any money in jail, so I’m still not paying. And when I get out, it’ll be harder for me to get gainfully employed and pay that debt off — because of where I’ve been living the last two years.”

Teach marketable lawful skills to the guys and gals inside. (An awful lot of them have more common sense than the people guarding them.)  I taught them how to write business plans, interview for jobs, and operate basic computer software (Microsoft Office, etc.).  Prison needs to be more rehab and less baby-sitting.

Right now, you can’t MAKE state inmates work.  You get volunteers — and some kind of incentive has to be offered.  (I’ll never forget watching inmates shoot basketball and lift weights while state employees and contractors  were paid to cut grass and landscape the prison grounds.)

We definitely do not need to take away one of our last pieces of negative reinforcement.  Getting convicted of a crime SHOULD BE an awful,expensive mess that you definitely do not want to re-live. But once inside, the system’s goal should be to get these people back on the street — if the plan is to let them  out — reformed and ready to be good citizens.