The Burlington Police Department is hosting a Spanish-language “Community-based Strategic Planning” session.  So, if you no habla espanol, you will be out of luck trying to understand what’s happening at that city sponsored meeting.

It also turns out that the BPD, a local church, and a Greensboro-based activist group are taking things a step further:

The cards would grant no legal status or protection, but could help officers identify people in situations such as traffic stops or in domestic calls, said Burlington Police Chief Jeffrey Smythe, who supports the idea. The cards would list a person’s name and address, have a photo, and would be renewed annually through the church or issuing organization, Smythe said.

A similar card is already available through Faith Action International House in Greensboro.

The cards — along with such items as utility bills, insurance cards or other information — could help police ID people given a “totality of the circumstances,” Smythe said.

“It’s the same as if you are stopped and you left your driver’s license at home, but you have a credit card and library card with your name on it, and your gym membership with your picture on it. I’m going to feel pretty good about you being who you say you are,” Smythe said.

Being able to roughly identify someone could make the difference between them getting a traffic citation and being booked in the Alamance County jail, Smythe said. Jail bookings take officers off patrol for hours and use other taxpayer resources, Smythe said. Writing a ticket takes 10 minutes.

The Rev. Paul Lininger, pastor at Blessed Sacrament, didn’t respond to a request for comment Friday.

Smythe said other law enforcement agencies also have been in discussion with the groups proposing the IDs, which include Fairness Alamance, Centro De La Communidad, Latinos United Prosperous Esperanza, and several religious groups, along with the Catholic Church.

Most chiefs agree with the idea, Smythe said. They’d rather have some idea who a person is than no idea at all.

The Alamance County sheriff likes the concept of alternative IDs, but has some reservations — for instance, about the ability of the church and the other activist groups being able to do background checks.

James Johnson, president of NCFIRE, an activist group opposed to amnesty for illegal aliens, has fired off a letter of concern to state legislators representing Alamance County:

I’d like to bring to your attention a situation, that has open meeting records laws and constitutional separation of church and state issues 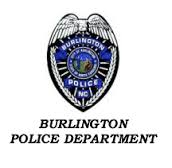 written all over it. It is occurring in Burlington, NC. There have been some public meetings by Burlington Police Chief Jeffrey Smythe. 3 of these have already taken place. 3 more are planned. One is on March 30th, one is on March 31st and the last one is on April 11, 2015. It is the last one on April 11th, that has us most concerned. This meeting is to be held at Blessed Sacrament Church, 1620 Hanford Rd in Graham, NC, from 10 am – 2 pm. The calendar of events is posted on the official City of Burlington webpage- http://www.burlingtonnc.gov/index.aspx?nid=1619. This particular meeting states *Spanish Session. Please refer to the link above for reference. Now I see a couple of problems with this. First, the conflict of having an official (local) government meeting, on a public issue, in a religious organization ie: Blessed Sacrament Church. This is a constitutional separation of Church and State 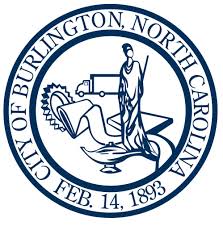 conflict. Second, having an official (local) government meeting, on a public issue, in a foreign language. The majority of the taxpaying citizens of the area won’t be able to understand what is being discussed. This is absurd (if not illegal). Third, Blessed Sacrament Church is the entity that is proposing to issue “ID cards to the undocumented population” of Burlington. Police Chief Jeffrey Smythe seems to have no problem with this proposal.

[…] It is our contention that these “ID cards” amount to nothing more than fake ID’s that many NC citizens get arrested for every day. There is no way to verify the identification of an “undocumented individual”. They, by nature, lack documentation to prove who they are. The Mexican Government has a Consulate office in Raleigh that will issue these people all the documentation they desire. It is NOT the responsibility of NC, Blessed Sacrament Church or the Chief of Police of Burlington, NC to “document” individuals. We hereby formally ask you to halt these proceedings and the proposal to issue “ID cards” to any “undocumented” individuals by any city, county, township, religious organization, etc except where authorized by the NCGA. […]

3 thoughts on “City of Burlington, local church team up to issue IDs to illegals”