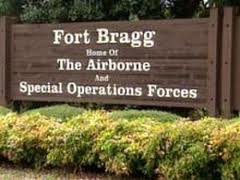 The suicide of Private Danny Chen is a real tragedy.  He was reportedly harrassed to the point of killing himself by eight of his fellow unit members:

Danny Chen was tall and lanky, a smart young man from New York who joined the Army after high school because it was his dream.

That dream ended Oct. 3 when Chen, an Army private, died of a self-inflicted gunshot in a guard tower in Afghanistan.

At a small combat outpost in Kandahar province, military authorities have said, Chen – the son of Chinese immigrants – was taunted, harassed and punished by fellow soldiers, in part, because of his ancestry.

According to court documents, Chen was assaulted with kicks to his thighs and torso. He was forced to low crawl along gravel, was dragged from his tent, and had sandbags tied to each of his arms.

From August until his death, soldiers with Chen’s platoon peppered him with insults related to his race, calling him “Dragon Lady,” “Fortune Cookie” and similar names, documents say.

This week, the first of eight soldiers accused of driving Chen to suicide will stand trial on Fort Bragg.  […]

Some “spokesman” for the Chinese-American “community” is already speaking publicly about the case.   In this PC-world, currently dominated by a PC administration in Washington, these guys are SURE to have the boom lowered on them.

MY first question upon reading this was: Where was the commanding officer?  This screams of a major #FAIL by the officer in charge of these yo-yos.

Let’s hope this does not turn into another media-dominated Trayvon Martin-style circus.

The Army is not patty-cake, as Goldie Hawn’s title character found out in the classic movie “Private Benjamin.”

Washington politicians are already talking about instituting anti-hazing regulations for the Army.  How do you define hazing?  Screaming in someone’s face?  Making them get up at 3 am to run 10 miles?  This could open up a whole new can of worms — possibly neutering what’s left of this man’s Army.

From reading the media reports, it sounds like this situation got way out of hand.  It looks like the commanding officer failed in his responsibility to maintain discipline within the unit.  He (or she) is the one that really needs to be made an example of.

This whole tragic situation does not need the addition of Al Sharpton, Jesse Jackson and the rest of the race pimps.  The military code of conduct needs to be enforced so that the people responsible here learn a lesson, and anyone contemplating similar activities is forced to have second thoughts.

The enemy is the Taliban.  It should not be the other guys in your unit.