It’s absolutely sickening to listen to hypocritical mealy-mouthed politicians claiming to champion US and OUR concerns. 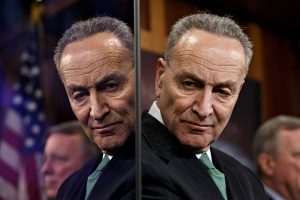 Let’s not forget John Edwards blasting capitalism and wealth from the comfort of his 62,000 square foot mansion.  Let’s not forget guys named Rockefeller and Kennedy ranting about the”rich getting richer” from the US Senate floor.

Republicans are regularly beat over the head and shoulders by liberals for “racism,” sexism,” something called “homophobia”  and a whole other encyclopedia of -isms and -ias. Conservatives have cornered the market on hate and nastiness, we’re told.

Sen. Chuck Schumer apologized today after word got out that he called a flight attendant a “bitch” for ordering him to follow the rules and turn off his cellphone before takeoff.

And his political protégé, Sen. Kirsten Gillibrand, initially provided him with public cover.[…]

What a great feminist.  Defending this troll after he’s verbally abused a woman just trying to do her job.  (Way to stand up for a “sister.”)  MORE:

[…] Schumer’s outburst was overheard aboard a US Airways flight from LaGuardia Airport to Washington on Sunday. 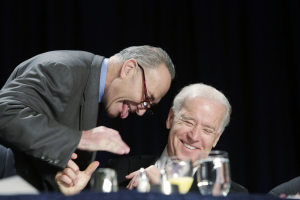 Schumer and his seatmate, Gillibrand, were chatting on their cellphones when the plane’s captain told passengers to turn them off.

But the two Democratic senators ignored the order and kept talking — prompting a flight attendant to ask them to follow Federal Aviation Administration rules, according to a House Republican aide who was seated nearby.

*Harumph.  We MAKE the rules. They’re not for US.  They’re for little people.  (You know, the suckers who keep throwing their money at us year after year as we scavenge what value is left in this country.)* MORE:

[…] Schumer asked if he could finish his call. The attendant said “no” because the plane was waiting for him to finish so it could take off. The state’s senior senator ended his call, but then launched into an argument with her, claiming he was entitled to continue his chat until the cabin door was closed.

“She said she doesn’t make the rules, she just followed them,” the aide said, according to Politco.com.

“Bitch!” Schumer remarked to Gillibrand after the attendant walked away. 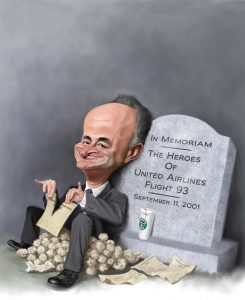 Gillibrand’s office initially gave Schumer cover, telling Politico.com that the senior senator was “polite” and that “he turned off his phone when asked to.”

At first, deny everything.  EVEN IF there is a passel of witnesses standing around.  This is classic Alinsky.  Dinesh D’Souza IDed it in his great book and film “Hillary’s America.”   Bill and Hillary Clinton perfected the tactic over the last few decades.

Apparently, the heat got to be too much.  The story started changing:

Republicans seized on the slip to slam Schumer, circulating copies of news stories about the “bword” rouhaha.

Once word spread that Schumer had been less than friendly, Gillibrand’s office offered a second statement.

Her aide, Glen Caplin, said: “Chuck did the right thing by apologizing.”

He criticized Republicans for “trying to score cheap political points” from the incident.

*Says the guy peddling this “Russian hacking” crap fast-and-furious so as to discredit our newly-elected president before he’s even sworn in.* MORE:

After the flare-up was reported, Schumer said he was sorry.

“The senator made an off-thecuff comment under his breath after the flight attendant walked away. He shouldn’t have made it, he regrets it and he has apologized for it,” Schumer spokesman Brian Fallon said.

Translation:  Somebody took a poll.  And it didn’t come back with some nice answers. MORE: 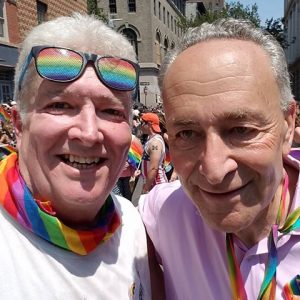 The attendant accepted his apology, Schumer’s office said. Schumer went back to Washington from La Guardia on US Airways yesterday. A flight attendant said he behaved himself.

“He was quiet. He wasn’t on his cellphone or anything,” she said. But other flight personnel said Schumer has a reputation.

“He’s not nice,” said a flight attendant who has served the senator before.

Now, imagine if Ted Cruz or Mike Lee or Jeff Sessions had said something like this in public to a flight attendant.    ONE STANDARD for THEM, ANOTHER STANDARD for US.

43 thoughts on “And the leader of the “pro-women, pro-workers” party screamed “BITCH!!!””