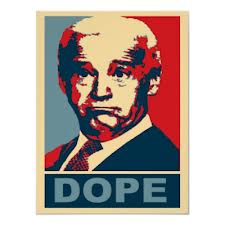 The media and the left have told us — again and again — that a vice-presidential nominee MATTERS because he /she will be “a heartbeat away from the presidency” if the election goes their way.

The mainstream media jackals are baying at the moon, calling for Paul Ryan’s head, because he apparently fudged his marathon finish time during a recent radio interview.   It is seriously being suggested that this is a character flaw that disqualifies Ryan for the GOP’s VP slot. (The linked article is by the same news agency whose DC bureau chief got fired over nasty remarks he made over a live ABC news microphone at the GOP national convention.)

At the recently completed DNC convention in Charlotte,  Bill Clinton — who has been accused of sexual battery by several women — was celebrated.  The late Senator Ted Kennedy — who should have served jail time for vehicular manslaughter — was celebrated at the convention and continues to be lionized in the media.   The media also had NO INTEREST in investigating that blonde with the video camera following Moore County’s own John Edwards around on the campaign trail.

And we’re all supposed to be bent out of shape about Ryan’s veracity about his marathon performance ???

In 1988, Joe Biden was run out of the Democrat primary field for president because he got caught plagiarizing speeches made previously by various famous politicians.  We were told by the media that these offenses made Biden unfit to be president:

[…] But Biden’s exit from the 1988 race is worth recalling in detail, because his transgressions far exceeded Obama’s own relatively innocent lifting of rhetorical set pieces from his friend Deval Patrick, which occasioned a brief flap last February. Biden’s misdeeds encompassed numerous self-aggrandizing thefts, misstatements, and exaggerations that seemed to point to a serious character defect. In some ways, the 1988 campaign—in which scandal forced not just Biden but also Gary Hart from the race—marked a watershed in the absurd gotcha politics that have since marred our politics and punditry. But unlike Hart’s plight, Biden’s can’t be blamed on an overly intrusive or hectoring press corps. The press was right to dig into this one.

Biden’s downfall began when his aides alerted him to a videotape of the British Labor Party leader Neil Kinnock, who had run unsuccessfully against Prime Minister Margaret Thatcher. The tape showed Kinnock delivering a powerful speech about his rise from humble roots. Taken by the performance, Biden adapted it for his own stump speech. Biden, after all, was the son of a car salesman, a working-class kid made good. Kinnock’s material fit with the story he was trying to sell.

At first Biden would credit Kinnock when he quoted him. But at some point he failed to offer the attribution. Biden maintained that he lapsed only once—at a debate at the Iowa State Fair, on Aug. 23, when cameras recorded it—but Maureen Dowd of the New York Times reported two incidents of nonattribution, and no one kept track exactly of every time Biden used the Kinnock bit. (Click here for examples of Biden’s lifting.) What is certain is that Biden didn’t simply borrow the sort of boilerplate that counts as common currency in political discourse—phrases like “fighting for working families.” What he borrowed was Kinnock’s life.

Biden lifted Kinnock’s precise turns of phrase and his sequences of ideas—a degree of plagiarism that would qualify any student for failure, if not expulsion from school.

Last time I checked —  fibbing about your race finish time or golf score won’t get you expelled from school.   Read On:

But the even greater sin was to borrow biographical facts from Kinnock that, although true about Kinnock, didn’t apply to Biden. Unlike Kinnock, Biden wasn’t the first person in his family history to attend college, as he asserted; nor were his ancestors coal miners, as he claimed when he used Kinnock’s words. Once exposed, Biden’s campaign team managed to come up with a great-grandfather who had been a mining engineer, but he hardly fit the candidate’s description of one who “would come up [from the mines] after 12 hours and play football.” At any rate, Biden had delivered his offending remarks with an introduction that clearly implied he had come up with them himself and that they pertained to his own life.

Unfortunately for Biden, more revelations of plagiarism followed, distracting him from the Bork hearings. Over the next days, it emerged that Biden had lifted significant portions of speeches from Robert Kennedy and Hubert Humphrey. From Kennedy, he took four long sentences in one case and two memorable sentences in another. (In one account, Biden said that Pat Caddell had inserted them in his speech without Biden’s knowledge; in another account, the failure to credit RFK was chalked up to the hasty cutting and pasting that went into the speech.) From Humphrey, the hot passage was a particularly affecting appeal for government to help the neediest. Yet another uncited borrowing came from John F. Kennedy. […]

In today’s edition of our Nobel Prize-winning local paper,  we are treated to a column by a Biden buddy defending the vice-president over the plagiarism attacks:

I have known the vice president for more than 20 years and feel I must respond.

In over 40 years of public service, Joe Biden has spoken millions of words, many of them ill-timed and sometimes oafish. Sarah Palin spit out more nonsense in her short, unremarkable political life, and she remains the darling of many on the right. But if being an oaf disqualifies you for public office, the halls of Congress and state houses across the land would be empty.

In fact, there is documented evidence to be found in the C-SPAN archives that show Biden giving hundreds of speeches on the floor of the U.S. Senate, using no notes and displaying mastery of a variety of complicated topics. These impressive displays are a stark contrast to his reputation as a campaign clown.

[…]He claims Biden is fundamentally dishonest, noting that Biden lifted quotes from British Labor Party Leader Neil Kinnock’s speeches. I worked for Joe Biden at the time, and the Kinnock riff was part of his standard stump speech. In the dozens of times he used it, he failed to reference Kinnock only twice. More than enough, it seemed, to sink the campaign.

So, we should forgive Biden for making a mistake “twice”?  The Democrats and the media destroyed Dan Quayle for ONE on-camera gaffe during a photo op at an elementary school spelling bee.

Mr. Larsen, the  Biden buddy writing this column, neglected to mention this debate speech as well as well as Biden’s  plagiarism brouhaha in law school.  (Also, refer back to the previous excerpt in the previous paragraph.  Facts CAN be tough things.)

Why — in the midst of this economic nightmare are we talking about Paul Ryan’s race finish time?  Because the incumbents in DC have NOTHING POSITIVE to run on.  Ryan and his ticket mate have very high favorability ratings.  So, the Democrat campaign and its media stooges are going to work smearing and slandering  the two guys carrying the GOP banner.

Ignore this nonsense and keep your eyes on the prize.