I know we’re branching out into somewhat new territory for this site. 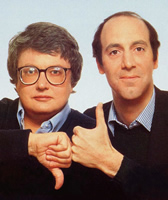 I happened to catch a pretty interesting movie over the holiday when some friends, family and I decided to fire up Netflix one night after dinner.  That movie was The Physician. Netflix’s description didn’t excite me at first.  It looked just like another one of those “brown people from the Third World enlighten those silly, silly white people from  Europe / America / one of those white people places” type of films.

But, actually, it does a great job of showing how Islam hasn’t changed a whole lot since the 11th century.

Muslim hordes seeing to invade, kill and destroy anyone and anything that dares to disrespect Allah.   Islamic clerics / mullahs clashing with more secular elements of their societies seeking to advance culturally, economically, and technologically — condemning 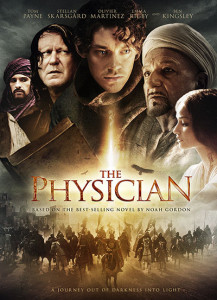 those folks as acting against Allah’s will.  Clerics in mosques whipping worshippers into a frenzy to strike out against and wipe out non-believers. Hardcore religious fanatics trying to bring down a secular Persian shah.

Again, this is a film about the 11th century.  It COULD be ripped right from today’s headlines.   Granted, Christianity has had its ups-and-downs through history.  Our side was torturing and killing accused witches.  There was that Spanish Inquisition thing and the Crusades things — which were arguably more about individual political ambitions and individual egos than religion.   But, nowadays, you’d be hard-pressed to find a Christian religious leader encouraging his followers to blow stuff up and kill people in the name of Jesus Christ.

The Physician is about a young Englishman who starts off as an apprentice to a barber — the closest thing western Europe had to doctors in that day. Barbers cut hair, but also peddled a lot of what we, today, refer to as “snake oil.”  Disenchanted with the practice, the protagonist encounters some Jewish physicians in Constantinople who tell him of a great medical school in its infancy in Persia.  Inspired by them, he sets off on the long journey to Persia.  We learn that Christians are not allowed at the school, but Jews are tolerated.  So, our young hero disguises himself as a young Jew.

At the school, our hero encounters the now-legendary-in-Iranian-culture Ibn Sina — the leading writer and thinker at the time on all things medical. 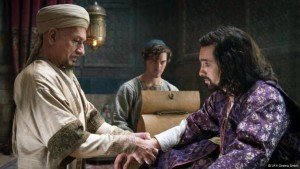 While much of the world is going through its Dark Ages, Ibn Sina — played by the great Sir Ben Kingsley — is trying to take medical science to a whole new level. But Sina, a secular leader, is being hamstrung at every turn by radical Muslim clerics who see his work as in defiance of Allah.

As the movie progresses, our young English hero and Ibn Sina learn a lot from each other and, together, do some good.  But the imams and mullahs are fighting them every step of the way.

The film is based on the 1986 book by American Noah Gordon.  It finally made it to the big screen in 2013.  The fact that it is not all that flattering to the “‘Allahu Akbar” crowd is probably why it received so little acclaim in Hollywood and the media.  (I saw one review that actually compared The Physician to that stupid YouTube film — that nobody watched — that Hillary and Obama claimed got things going in Benghazi in 2012.)

The film is well-acted and well-written and has some amazing visuals.  It’s a long one — two hours and 36 minutes.  But hang in there.  It’s worth it.

5 thoughts on “A movie to seriously consider”