When I was in school, we often heard from speakers who were pillars of the community — who did constructive things that benefited the community or society as a whole.  People you could look up to and admire.

Here’s one of Bert and Ernie’s goons peeved about the cancellation of a speaker at an Asheville school:

Bree Newsome, the Charlotte activist who rose to national prominence in 2015 after scaling a 30-foot pole to remove a Confederate flag on the South Carolina statehouse grounds, was scheduled to speak to students at Asheville Middle School this week. But the event has been cancelled, with the school system citing a policy barring any speaker who “advocates unconstitutional or illegal acts or procedures.” […]

First of all, she’s NOT local.   Second, she’s “famous” for vandalizing public property.  Was somebody really serious about exposing middle school students to someone who found it OK to tear down something she encountered that she didn’t approve of?  What kind of lesson is THAT? (We’re not talking Rosa Parks or The Woolworth’s lunch counter guys here.) 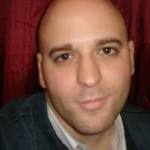 There was nothing beneficial to the community by having this person speak to the kids.  It was a pure attempt at Barack Hussein Obama – George Soros style community-organizing and agitation.

By the way, what kind of salary does an “activist” pull down these days?

The community is rallying around Newsome and offering her alternative venues, according to a report from the Citizen-Times newspaper in Asheville.[…]

The school system’s policy would have prevented speeches by American Civil Rights luminaries like Dr. Martin Luther King Jr., Rosa Parks and U.S. Rep. John Lewis – all of whom broke laws and were arrested as part of their activism.[…]

Again, I don’t recall Lewis, King, James Meredith, Rosa Parks or ANY of those folks vandalizing public property. It’s a travesty to compare those people to this particular rabble-rouser.  MORE:

South Carolina lawmakers later decided to removed the Confederate flag from the statehouse grounds themselves.

Yep.  Bert and Ernie’s team sure is quiet about the dude from Sudan who shot up that church full of white people in Tennessee. (The Confederate flag was apparently nowhere to be found at that crime scene.)

2 thoughts on “Vandal blocked from speaking at Asheville school. (Bert & Ernie are pissed.)”