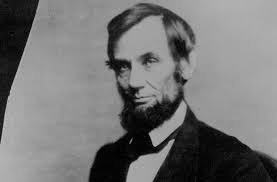 I know.  I know.  San Francisco is loony.   But this takes lunacy to a new level:

A San Francisco district is planning to rename a school named after Abraham Lincoln because the former president did not demonstrate that ‘black lives mattered to him’.

The president, who is often held up as an American hero for abolishing slavery, is just one of 44 historical figures soon to have their names scratched off schools within the San Francisco Unified School District.[…]

THIS is how Mao and Lenin got the ball rolling in their respective countries — the good ol’ ‘cancel culture.’  I encourage these weirdos to establish a psychiatric hospital (or rename an existing one) The Nancy Pelosi Hospital for the Criminally Insane.  She’s a local gal who’s made them proud in DC.

[…] Other names include George Washington, Herbert Hoover and Senator Dianne Feinstein, whose name will be stripped from the Dianne Feinstein Elementary School for allowing the Confederate flag to fly outside City Hall back in 1984 when she was mayor.

The renaming of the schools comes as part of a nationwide reckoning around racial justice that has seen Confederate flags banned, military bases renamed and statues toppled of racist and Confederate figures across America in the wake of the police killing of George Floyd.

The district’s renaming committee decided Lincoln is not worthy of keeping his name on Abraham Lincoln High School because ‘the majority of his policies proved to be detrimental to [Native Americans].’

‘Abraham Lincoln is not seen as much of a hero at all among many American Indian Nations and Native peoples of the United States, as the majority of his policies proved to be detrimental to them,’ the committee meeting notes state.

Under his watch, Indigenous peoples had much of their land taken away from them.

In 1862, the Homestead Act, where citizens could claim ownership 160 acres of land, and the Pacific Railway Act, which gave railroad companies permission to build a transcontinental railroad through America ‘led to the significant loss of land and natural resources, as well as the loss of lifestyle and culture, for many Indigneous peoples’, the committee said.

In 1864, the Lincoln administration then oversaw the deportation of the Navajo tribe from their land in what is now Arizona.

The tribe was forced to march a brutal 450 mile journey to Bosque Redondo, New Mexico.[…]

I bet there is now a tribe-owned casino in that vicinity. 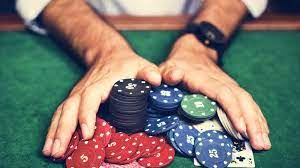 […] The walk became know as the ‘Long Walk of the Navajo’, with at least 200 dying on route and over 2,000 dying during conflict before a treaty was signed in 1868 granting the Navajo permission to set up a reservation.

Lincoln was also behind the largest mass hanging in US history, where 38 Dakota men were condemned to death in Minnesota in 1862 for their part in the Dakota War.

He did, however, commute the sentences of 264 others, preventing them meeting the same fate.

Other reasons for the president’s ousting include ‘rampant corruption in the Indian Office, the precursor of the Bureau of Indian Affairs, continued unabated throughout Lincoln’s term and well beyond’ where government-appointed Indian agents stole resources meant for tribes.

‘The history of Lincoln and Native Americans is complicated, not nearly as well known as that of the Civil War and slavery,’ Jeremiah Jeffries, chairman of the renaming committee and a first grade teacher, told the San Francisco Chronicle.

‘Lincoln, like the presidents before him and most after, did not show through policy or rhetoric that black lives ever mattered to them outside of human capital and as casualties of wealth building.’

Jeffries said the committee decided on the renaming once they discussed Lincoln’s treatment of Native Americans, and that the positive parts of his record cannot discount the negatives.

‘The discussion for Lincoln centered around his treatment of First Nation peoples, because that was offered first,’ he said.

‘Once he met criteria in that way, we did not belabor the point.’

The move has become the source of some debate, however, as – to many – Lincoln is one of the greatest presidents America has seen with his leadership during the Civil War and abolition of slavery a critical and progressive moment in the move toward racial equality across the nation.

In 1854 in Peoria, Illinois, he said: ‘My ancient faith teaches me that ‘all men are created equal’; and that there can be no moral right in connection with one man’s making a slave of another.’

In 1863, he then issued the Emancipation Proclamation declaring ‘that all persons held as slaves’ within the rebellious states ‘are, and henceforward shall be free.’

Yet, he also made a number of racist comments, such as arguing that there is a physical difference between black and white races and that he favored the ‘superior’ position assigned to the white race in 1858.

‘There is a physical difference between the white and black races which I believe will forever forbid the two races from living together on terms of social and political equality,’ Lincoln is quoted as saying.

‘He saved the country from dividing and ruin,’ he told the San Francisco Chronicle.

‘He should be honored for it.’

Measuring the worth of historical figures by modern standards is problematic, he said. 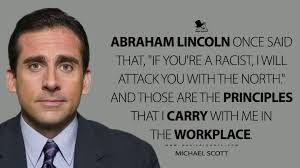