[…] Nichol is paid an extra $7,500 as the poverty center’s director on top of his $211,400 salary, law school spokeswoman Allison Reid said. He also is allowed to teach two courses a year instead of the usual three to accommodate his work as the center’s director. […]

Yes, the drum circle crowd threw a fit, and Big Gene ranted for the drive-by steno pool, as the UNC board of governors voted to kill off one of the biggest scams ever perpetrated on university property.

Blinkin’ Chris and his comrades at Goodmon Inc. are working overtime to convince us that this is a tragic blow to academic freedom.  Are we seriously supposed to believe that the skulls-full-of-mush will be denied their fair share of leftist propaganda now that Big Gene has lost his platform?

WHAT work did this individual actually perform to get paid nearly a quarter million a year and avoid teach — *gasp* — a THIRD class ???

The real blow to academic freedom comes in the form of leftist shout-downs of anything remotely conservative.  Like disrupting conservative speakers invited to address students on campus, for instance.

Conservative leaning students on college campuses these days walk around with their heads down and their mouths shut.  Who wants rioting drum circlers all up in your business 24-7? 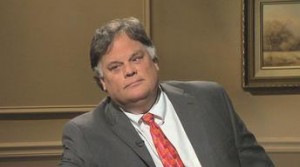 You could pack Gene Nichol up and send him off to FAT CAMP for two years and NOBODY would miss him.  This center of his — created as something for John Edwards to do between campaigns — was a joke from the beginning.  First — whose idea was it to have (1) a filthy rich trial lawyer / ex-senator and (2) “Two Hundred Grand Gene” as the spokesmodels for poverty in North Carolina?

Nichol did next to nothing to add to the academic climate on Chapel Hill.  There was nothing being offered at his center that you couldn’t find elsewhere in town.  He didn’t appear to do much but bitch about Republicans.  Republicans who appropriate his way-too-generous salary, by the way.

Nobody is stopping Nichol from cursing Phil Berger or Pat McCrory at the top of his lungs, or from filling young tuition-paying skulls of mush with said tripe.  He’s just not going to have a special university-provided pedestal to, um, work his magic from.

This should be viewed as the opening shot in a fight to return sanity to our state university system.  The left has so polluted it for decades now that our future as a state and a country are threatened.  There are only SO many Queer Studies or Womyn’s Issues graduates our economy can absorb.