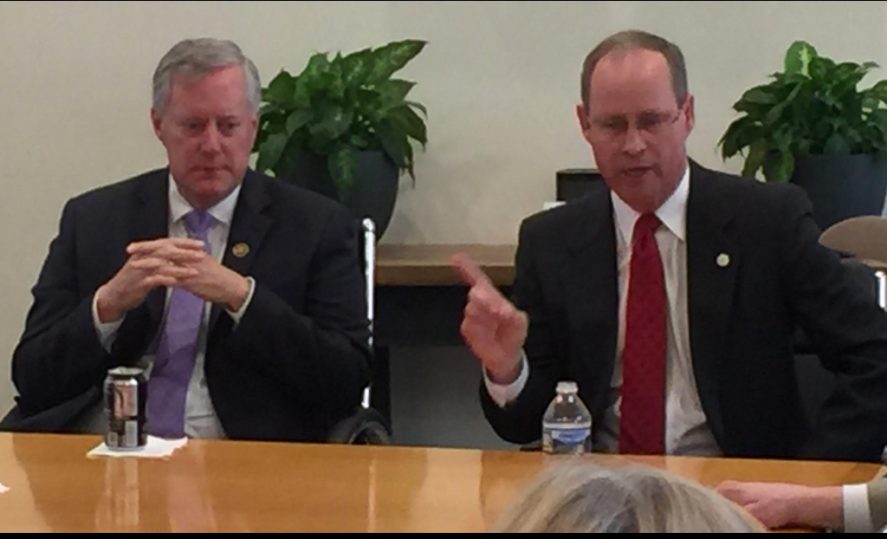 You might have seen coverage in the drive-by media about a band of Republicans who crashed pencil-necked Adam Schiff’s secret closed-door impeachment hearings — demanding to hear the “evidence.” 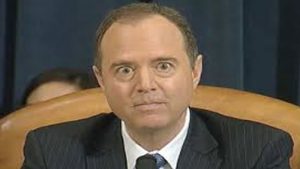 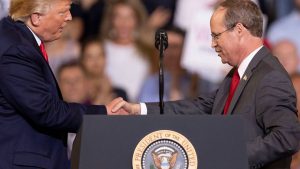 (We also happened to catch a glimpse — we think —  of Rep.  Mark Walker a/k/a “Public Official A.”  We did not spot any other North Carolina politicos in the group. More may have been there.)

This is quite a shift from Murphy’s low-key, quiet style as a legislator in Raleigh.  Perhaps congressman Mark Meadows — who endorsed Murphy and took him under his wing during the special election to replace the late Walter Jones — is rubbing off on Murphy a little.

We certainly hope so.

7 thoughts on “NC-03: Murphy shows off his inner Meadows”